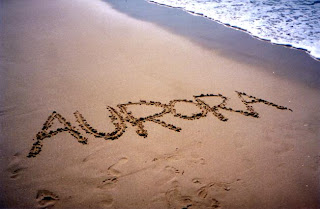 For each of our children that has died, we have written their name in the sand. I also offered this for other bereaved parents but we've moved from the beach now. The best light was Winter, early to mid morning. Kieron and I would head down, get our coffee and breakfast roll at the takeaway shop, set up our tripod and get to work. I'd write, he'd snap. 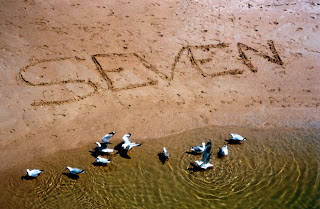 It was a peaceful experience, when I felt able to do it, nestled in between the agony of grief. After each name, we'd watch as the letters were eventually whisked away by the roll of the tide. Sometimes the tide rushed the name away, sometimes it would just lap away bits of the edge of each letter; one, two, three, four laps. Then gone. Sometimes I'd have a jogger run right over the name, big messy footprints, just as I'd finish but before the photo was snapped. Occasionally someone would ask what I was doing. I'd explain. 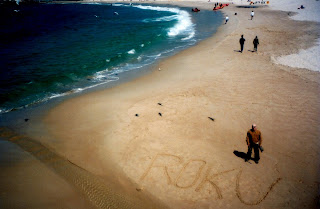 We have our family sand names in a photo frame on the wall in our bedroom. The other morning, the bubster was lying there, quietly looking at it. He said, "Hey, look it's the beach!" I said, "Yep!" He gazed for a bit and then asked, "Those are names. Are those names all my other names?" How fascinating. I said, "No mate, they are your brothers and sisters names." His reply, "Oh!" And that was that.

I find it interesting that he initially thought the names all belonged to him. In a way, I suppose they do.
Posted by Karin at 11:12 AM

what a lovely thing to do and record. we have a family 'meditation' about sandcastles; you build them then eventually they are taken back, reclaimed. transient life, the bubster is a small zen master.

That is really beautiful; thank you for sharing. I too find it interesting how the mind's of young people think.

(((hugs)))
Beautiful post mate.
Beautiful children - all of them!

That is a beautiful thing to do, a way to remember the dear ones. I got goosebumps reading it.

I cherish the photos you sent to me. They are beautiful, and importantly they are also a record of time someone (you!) spent remembering my children.

You, away from the beach, doesn't seem right. thanks for this post.

His other names. Such a wise little guy!

The sand names are awesome. I cherish the one you made with Chaney's name.